Want to buy Terra Luna now? Is Terra Luna a good investment now that the price has collapsed and the Terra project is being revamped? Anyone who follows the crypto market, or who had invested quite a bit in Terra Luna, has undoubtedly noticed that the price of Terra (LUNA) has almost completely collapsed within a week.

That is remarkable, because Terra Luna had been growing strongly since 2021 and was firmly in the global crypto top10 with a market cap of billions of dollars.

What happened to Terra Luna? Are stablecoins still safe and is investing in Terra Luna now a great opportunity?

The demise of a major cryptocurrency with its own stablecoin (UST) has been a shocking event for many people. Billions of investments have evaporated within a week, putting entire crypto portfolios at a significant loss.

The uncertainty created by Terra Luna’s massive drop also impacted the rest of the crypto market, even dragging bitcoin and altcoins down.

What happened to Terra Luna?

Terra was a major player in the world of cryptocurrencies until mid-May 2022 and was firmly in the top 10 cryptocurrencies. At its peak, the price reached a value of more than $110 usd in April 2022.

Just before the downfall, there seemed to be nothing wrong with the price of $85 usd per luna coin. The Terra (LUNA) pegged stablecoin TerraUSD (UST) still appeared stable.

Lost link with the dollar

The big problem and the trigger for the massive sell-off was that the stablecoin UST lost its ‘peg’. The peg is the dollar peg on which Terra’s entire ecosystem is based.

When the peg with the US dollar disappeared, the exchange rate collapsed in no time to less than 10 cents. With that, many people lost confidence in Terra Luna and UST and everyone sold their positions en masse, causing the price of Terra (LUNA) to fall by 99.99% within a week.

Crypto exchange Binance saw its assets evaporate from $1.6 billion to less than $2,500. A bizarre scenario that no one had anticipated. 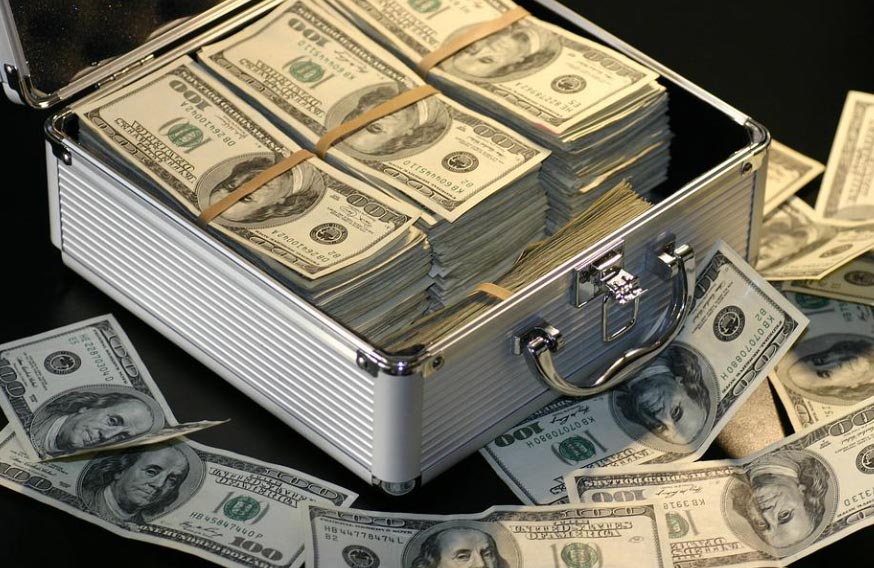 Another factor that contributed to the large losses is the principle behind UST. This stablecoin is an algorithm-based stablecoin. The idea is that the coin is backed by the cryptocurrency behind it.

Once the USD rate rises above $1.00, users are incentivized to take the difference as profit. As a result, the exchange rate drops again to 1 dollar. On the other hand, when the UST rate falls below the dollar, value is taken from the LUNA network to keep the rate stable.

This system turned out to be unsustainable and with the decline increasingly withdrawn from LUNA, causing its price to fall further. This drop prompted many investors to close their positions, which in turn led to another harder drop.

UST did not have sufficient underlying value

Other major stablecoins such as Tether (USDT) are covered by also owning the entire market cap in real dollars. This was not the case with UST. There was a large reserve of some 80,000 bitcoin, built up by the reserve that the Luna Foundation Guard had built up especially for declines in UST. The total value of just over 2 billion dollars was not enough to absorb the blows.

Is Terra Luna a Good Investment now or not?

After the massive crash, many crypto exchanges temporarily stopped trading the Terra (LUNA) and UST coins. Meanwhile, the situation seems to have calmed down and trading in LUNA has resumed, although it remains a bizarre sight that a coin that was trading for more than $100 a few weeks ago is now trading at $0.000140 each.

Many investors consider Terra Luna to be a dead project, since the UST is no longer a stablecoin. It was the foundation on which Terra ran and an essential part of the ecosystem.

In that sense, I don’t think Terra Luna will be coming back. The trust is just gone and will be hard to come back. I just don’t consider it a dead project yet.

Buying Terra Luna could be a nice bet

Personally, I don’t think Terra will ever touch its old value of more than $100 again. I do think that buying Terra Luna is worth a gamble, now that the price is less than a fraction of a dollar cent.

There is a good chance that there will be a kind of relaunch, a hard fork, where there will be a split between the old and new Terra Luna. Holders of Luna will then receive a percentage of their current number of Luna tokens in the new currency via a so-called airdrop. Just like with Ethereum you also have Ethereum Classic, or with Bitcoin even Bitcoin Gold, Bitcoin Cash and Bitcoin SV exist.

When Terra Luna 2.0 becomes successful again, I can see it happening that the Terra Luna ‘classic’ (LUNA) will rise again. Who knows, FOMO may strike again. The current price of $0.000140 offers an opportunity to own a lot of tokens for a small amount of money.

When people see the price of the old LUNA suddenly rise by tens of percent, it can tempt many people to invest and also let the price revive independently of the link with UST. It can then suddenly go fast and it does not seem impossible to me that the price can just go back to X10 or maybe more.

So, is terra luna a good investment now? I would strongly recommend you to do your own research and don’t invest more that you are willing to lose on this project.

You can buy Terra Luna from Binance.

In this article we take a look at the Basic Attention Token (BAT) and answer the question, "Is BAT token...

After the recent crypto market crash a number of people want to know, "Is NEO still a good investment?" NEO...

In this article I answer the question, "Is Siacoin a good long term investment"? Can Siacoin become bigger than Amazon...

In this detailed guide I will show you why Binance is not only the best cryptocurrency trading platform but also...

What is Bitcoin? A Dummy-Proof Guide

What is Cryptocurrency? And How to Get Started!

Earn Crypto Worth 50 Dollars on Crypto.com

The Best Altcoins to Invest In

Most Promising Crypto to Invest In

Should I Buy Bitcoin Now